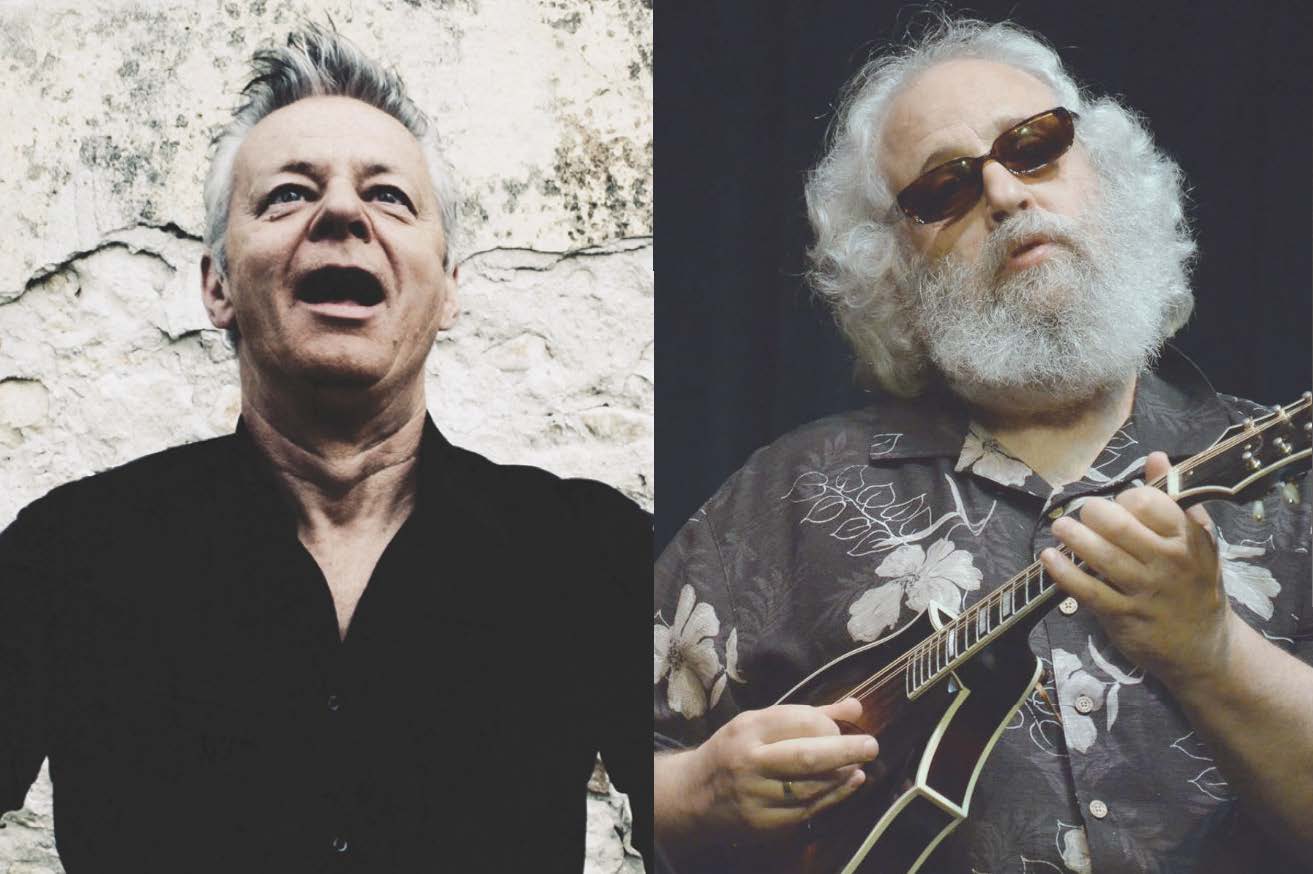 Tommy Emmanuel’s unerring sense of groove marked him as Australia’s youngest rhythm guitarist and by the time he made it to the big city in his late teens, Tommy was a rock star — and for good reason.

Influenced by the Merle Travis and Chet Atkins fingerstyle of guitar picking, Emmanuel developed a style of solo guitar playing that encompasses the range of a whole band without loop pedals or overdubs, just one man and ten fingers. For many players, technical mastery would overwhelm the emotion of the music, but for Tommy Emmanuel, the approach to a song is emotion first, his music the embodiment of his soulful spirit, sense of hope and his love for entertaining. He has received numerous awards, including two Grammy nominations.

For nearly half a century, David Grisman has been a guiding force in the evolving world of acoustic music. His musical range is wide and deep, embracing many styles, genres, and traditions. An acoustic pioneer and innovator, Grisman has forged a unique personal artistic path, skillfully combining elements of jazz and bluegrass with many international flavors and sensibilities to create his own distinctive music.

Grisman discovered the mandolin as a teenager growing up in New Jersey and learned to play in the style of Bill Monroe, the father of bluegrass music. His interests spread to jazz while playing in a folk-rock group, Earth Opera.

After recording for major and independent labels, Grisman founded Acoustic Disc in 1990 and entered the most prolific period of his career, producing 67 critically acclaimed CDs, five of which were Grammy-nominated.

The artists will perform onstage together.