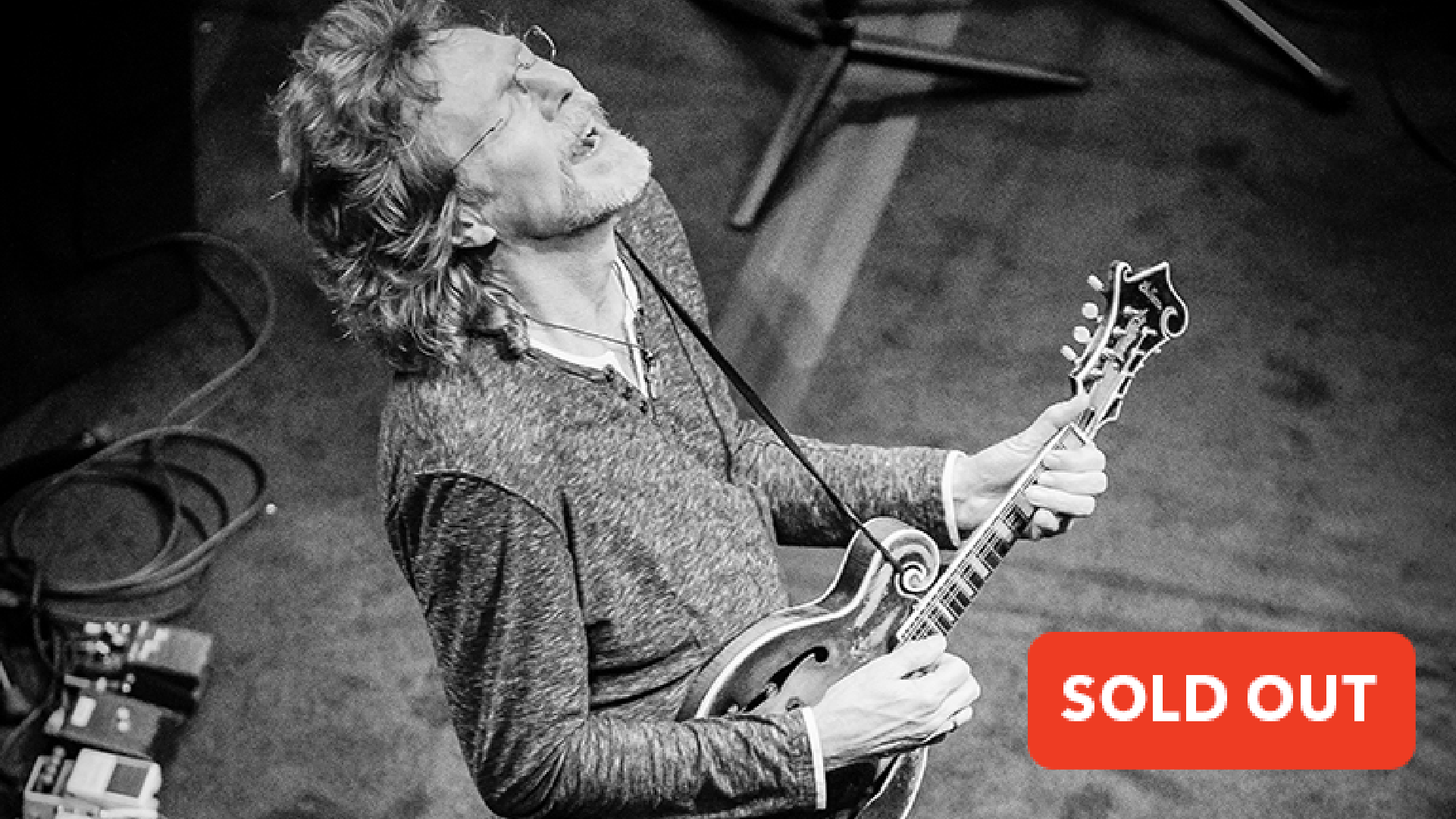 Music’s ultimate inside outsider. Or is it outside insider? There is only one Sam Bush.

On a Bowling Green, Kentucky cattle farm in the post-war 1950s, Bush grew up an only son, and with four sisters. His love of music came immediately, encouraged by his parents’ record collection and, particularly, by his father Charlie, a fiddler, who organized local jams. Charlie envisioned his son someday a staff fiddler at the Grand Ole Opry, but a clear day’s signal from Nashville brought to Bush’s television screen a tow-headed boy named Ricky Skaggs playing mandolin with Flatt and Scruggs, and an epiphany for Bush. At 11, he purchased his first mandolin.

As a teen fiddler Bush was a three-time national champion in the junior division of the National Oldtime Fiddler’s Contest. He recorded an instrumental album, Poor Richard’s Almanac as a high school senior and in the spring of 1970 attended the Fiddlers Convention in Union Grove, NC. There he heard the New Deal String Band, taking notice of their rock-inspired brand of progressive bluegrass.

Shunned by some traditionalists, New Grass Revival played bluegrass fests slotted in late-night sets for the “long-hairs and hippies.” Quickly becoming a favorite of rock audiences, they garnered the attention of Leon Russell, one of the era’s most popular artists. Russell hired New Grass as his supporting act on a massive tour in 1973 that put the band nightly in front of tens of thousands.

At tour’s end, it was back to headlining six nights a week at an Indiana pizza joint. But, they were resilient, grinding it out on the road. And in 1975 the Revival first played Telluride, Colorado, forming a connection with the region and its fans that has prospered for 45 years.

Bush has released seven albums and a live DVD over the past two decades. In 2009, the Americana Music Association awarded Bush the Lifetime Achievement Award for Instrumentalist. Punch Brothers, Steep Canyon Rangers, and Greensky Bluegrass are just a few present-day bluegrass vanguards among so many musicians he’s influenced. His performances are annual highlights of the festival circuit, with Bush’s joyous perennial appearances at the town’s famed bluegrass fest earning him the title, “King of Telluride.”

“With this band I have now I am free to try anything. Looking back at the last 50 years of playing newgrass, with the elements of jazz improvisation and rock-&-roll, jamming, playing with New Grass Revival, Leon, and Emmylou; it’s a culmination of all of that,” says Bush. “I can unapologetically stand onstage and feel I’m representing those songs well.”