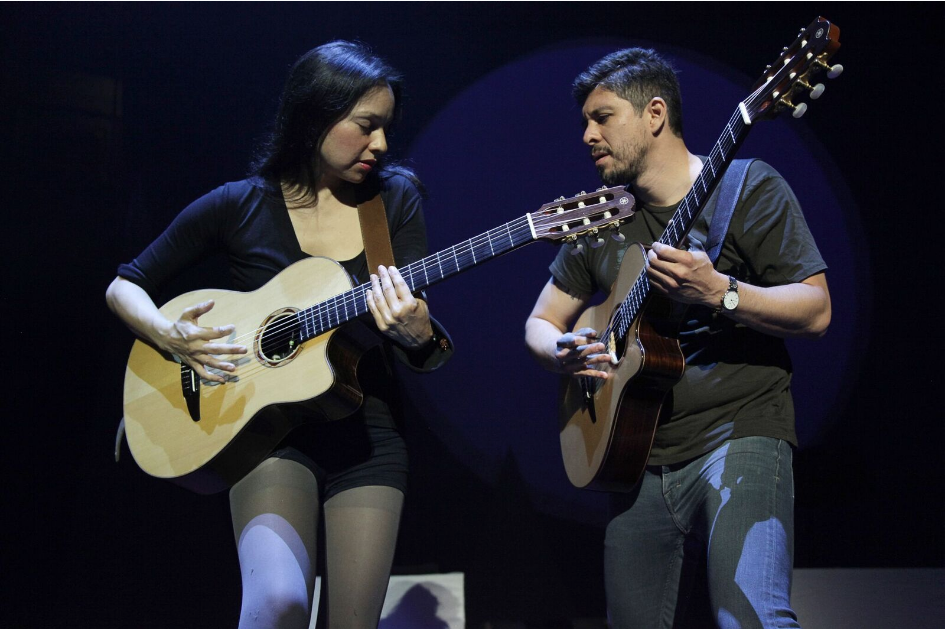 Since they left Mexico for Ireland in 1999, Rodrigo y Gabriela have established themselves as one of the most popular acoustic instrumental bands in the world. They have sold more than 1.5 million albums worldwide and sold out venues like the Hollywood Bowl, the Royal Albert Hall, Sydney Opera House, Red Rocks Amphitheatre, and Le Zenith in Paris on numerous occasions.

Their film work includes the soundtracks to Pirates Of The Caribbean: On Stranger Tides, and Puss In Boots, and they have collaborated onstage and on record with artists as diverse as Robert Trujillo (Metallica), Al Di Meola, Zack De La Rocha (Rage Against The Machine), and Anoushka Shankar. In 2010, Rodrigo y Gabriela played at tThe White House in Washington for President Obama.

From humble beginnings as buskers on Dublin’s Grafton Street, endless touring and a great word- of- mouth buzz carried the band forward until their international break out with the release of their self-titled 2006 album, which spawned the hits “Tamacun,” “Diablo Rojo,” and their cover of “Stairway To Heaven.”

Their album 11:11 followed in 2009. The band’s last studio album release was 2014’s 9 Dead Alive. In 2017, the duo celebrated the 10th Anniversary of their breakout self-titled album with a deluxe reissue and extensive world tour during. They are currently writing and recording a new studio album.

Before the show, enjoy dinner at Strings Café. Reservations are required: