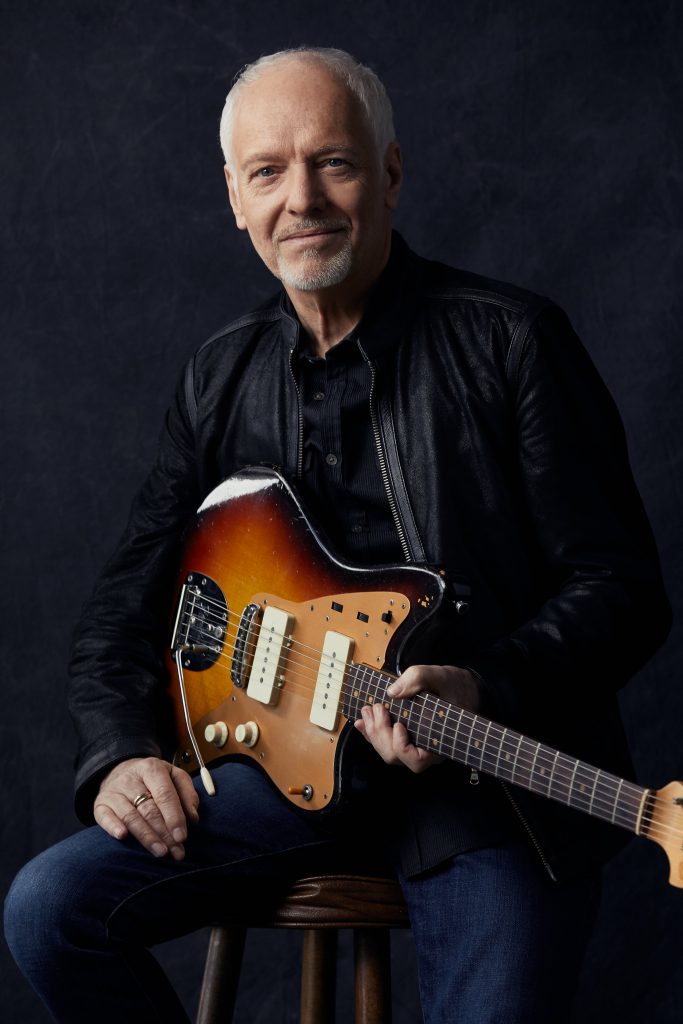 Peter Frampton remains one of the most celebrated artists and guitarists in rock history. At 16, he was lead singer and guitarist for British band the Herd. At 18, he co-founded one of the first super groups, seminal rock act Humble Pie. His session work includes collaborations with such legendary artists as George Harrison, Harry Nilsson, David Bowie, Jerry Lee Lewis, Ringo Starr, John Entwistle and many others. Frampton was recently inducted in the Musicians Hall of Fame, played an integral part in the 50th anniversary celebration of the Beatles’ arrival in the U.S. by performing on CBS’ “The Night That Changed America: A GRAMMY Salute to The Beatles.” His fifth solo album, the electrifying Frampton Comes Alive! is celebrating its 40th anniversary this year and remains one of the top-selling live records of all time. In addition, he continues to tour non-stop including Frampton’s Guitar Circus and Peter Frampton Raw, An Acoustic Tour. Frampton’s latest album Acoustic Classics is available now, featuring stripped-down versions of his classic hits including “Baby, I Love Your Way,” “Lines On My Face,” “Do You Feel Like I Do,” “Show Me The Way” and more.

Before the show, enjoy dinner at Strings Café. Reservations are required: