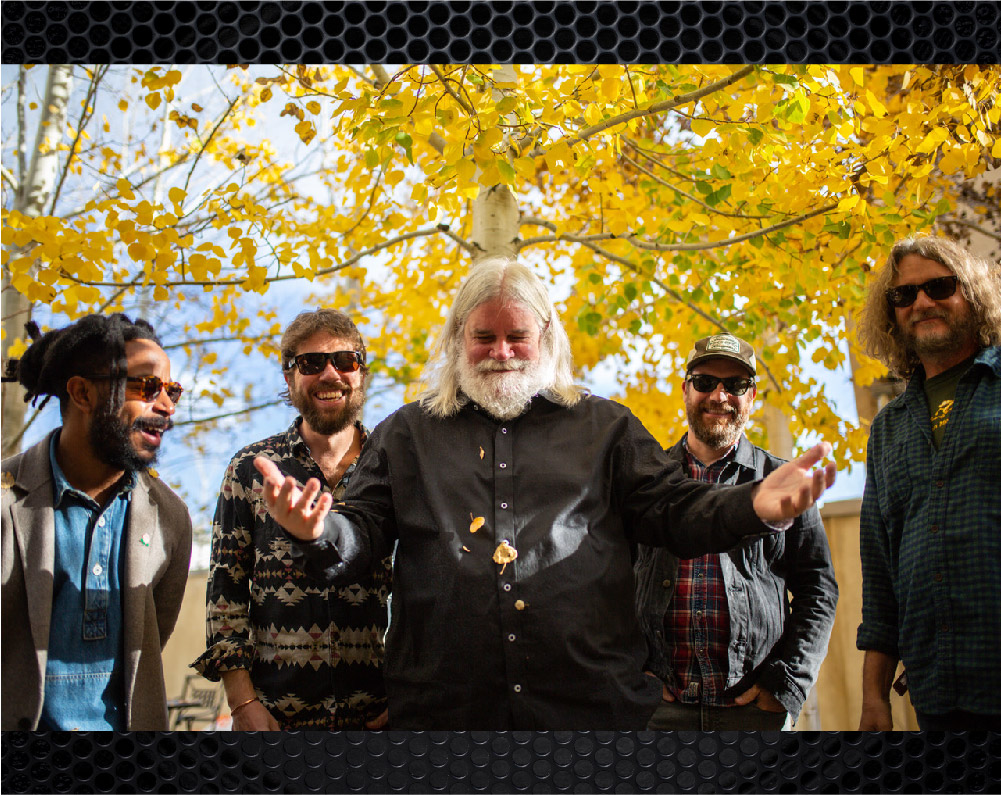 ABOUT LEFTOVER SALMON – Few bands stick around for thirty years. Even fewer bands leave a legacy during that time that marks them as a truly special, once-in-a-lifetime type band. And no band has done all that and had as much fun as Leftover Salmon. Offbeat calls them, “one of the most spirited, jovial bands of the jam band nation.”

Unfortunately, due to doctors’ orders, Vince Herman won’t be making the trip from TN to CO for this weekend’s shows. Please join us in wishing Vince a speedy recovery, and we are excited that Keller Williams will be stepping in at the Strings Music Pavilion.