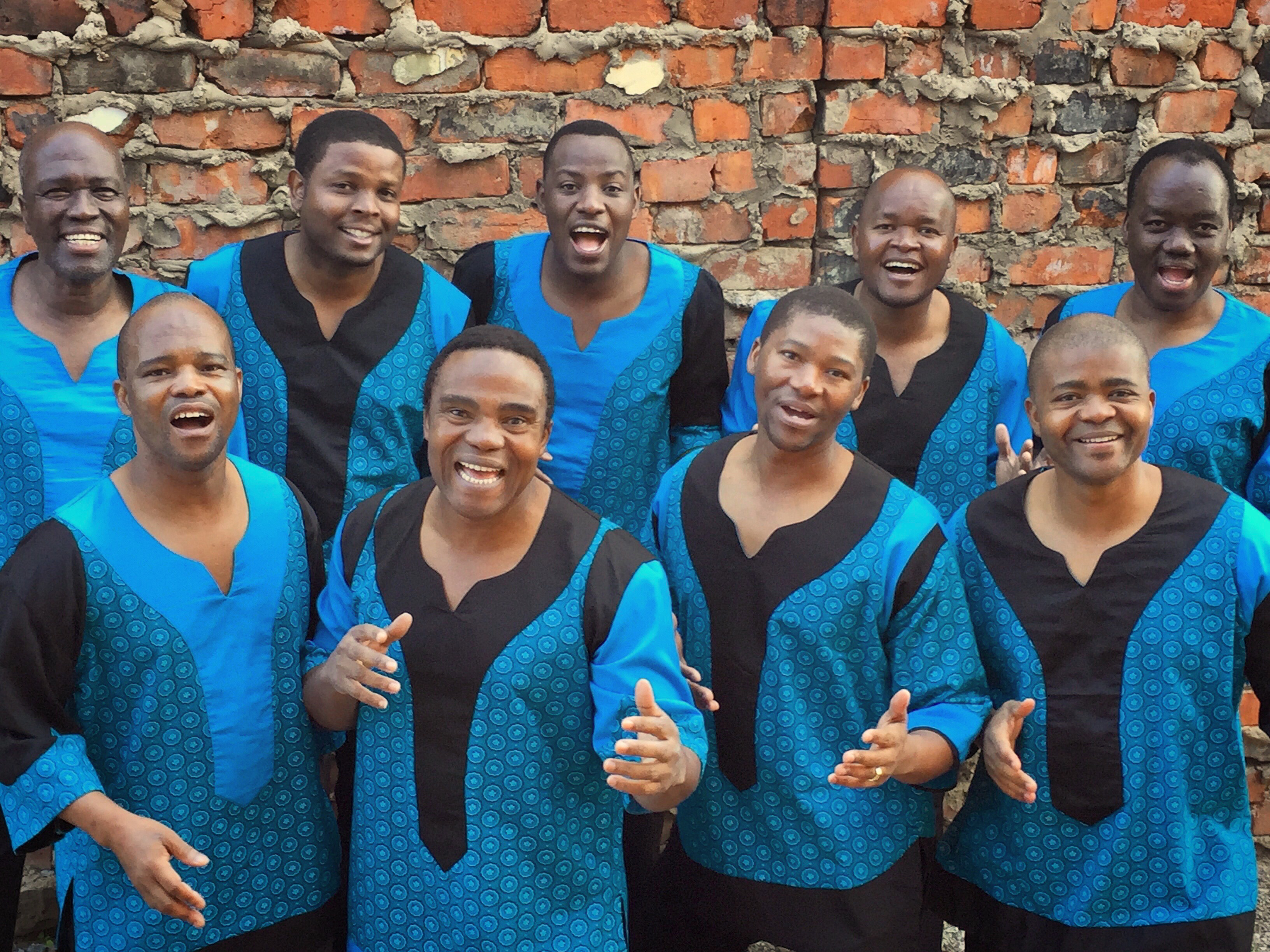 Ladysmith Black Mambazo carries a message of peace, love, and harmony as they travel the world year after year. They bring this message, in song and dance, to every theater they perform in. The group sings from a traditional music called isicathamiya (is-cot-a-ME-Ya), which developed in the mines of South Africa.

South Africa’s Ladysmith Black Mambazo was founded in the early 1960s by Joseph Shabalala. It took several years for Joseph to find the best singers to join his group but in early 1969, with four brothers and three cousins, Joseph had the voices he long dreamed of his group having.

During the 1970’s Ladysmith Black Mambazo established themselves as the most successful singing group in South Africa. In the mid-1980s, American singer/songwriter Paul Simon visited South Africa and incorporated the group’s rich harmonies into the famous Graceland album – a landmark recording that was considered seminal in introducing world music to mainstream audiences. In addition to their work with Paul Simon, Ladysmith Black Mambazo has recorded with Stevie Wonder, Dolly Parton, Sarah McLachlan, Josh Groban, Emmylou Harris, Melissa Etheridge, and many others.