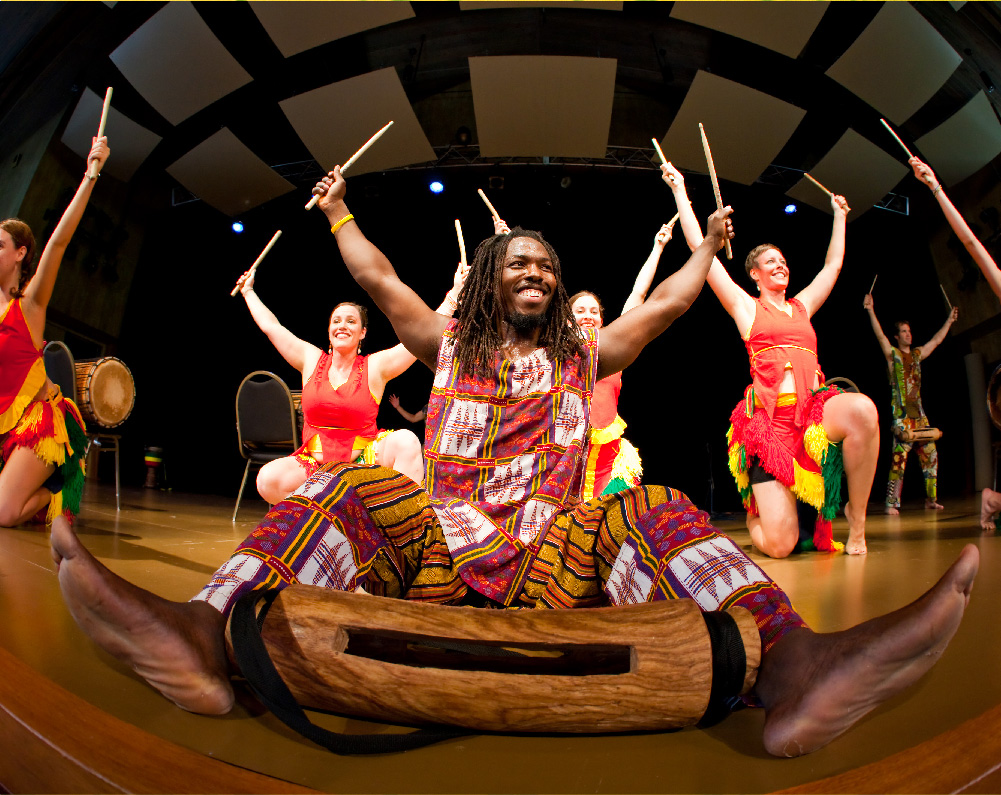 West African drummer and dancer is a keeper of the history, the music, and the dance in his culture. .fusion-body .fusion-button.button-1{border-radius:0px 0px 0px 0px;}

West African drummer and dancer is a keeper of the history, the music, and the dance in his culture.

Born in Guinea, West Africa, Fara spent his youth in the village of Kissidugu and Guinea’s capital city, Conakry. Playing djembe since the age of nine, he has traveled extensively performing and teaching both drumming and dance. Fara spent nine years as the lead drummer for Les Merveilles de Guinea (The Wonders of Guinea) under the tutelage of West Africa’s most influential director and choreographer, Kemoko Sano.

Fara has performed with many of the world’s premier musicians including Mamady Keita, Burning Spear, Neil Young, Sekouba Bambino, Otis Taylor, Joe Cocker, Youssou N’Dour, Salif Keita, Habibe Koite, B.B. King, Oumou Sangare, and many more. His performance style has been described as mystical as he dazzles audiences around the world.