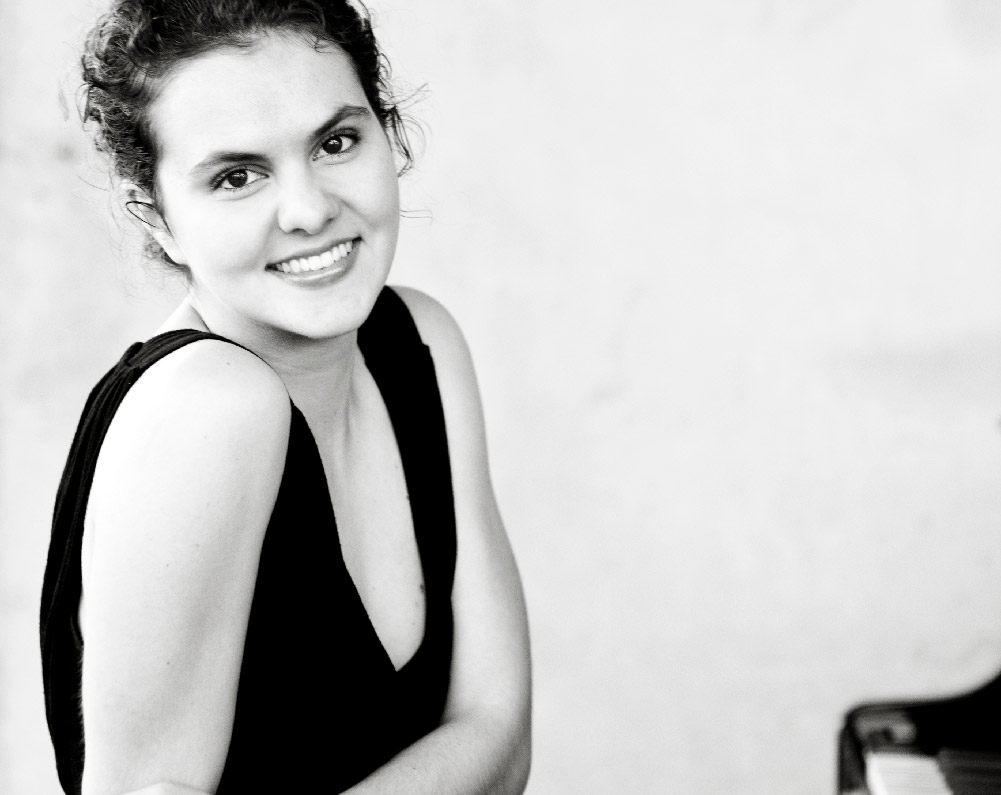 An augmented reality (AR) performance! Details below. Ticket includes full concert, including personal introductions from Danae and a post-concert Q&A hosted by Strings Music Festival concert commentator Jamey Lamar. Enjoy as many times as you like until program expires (48 hours after premiere).

Crescendo Magazine called her “the discovery of the year.” Concerti said she is “on her way to the very top.” German-Greek pianist Danae Dörken is, at age 26, among the elite of a new generation of internationally acclaimed artists. She electrifies audiences and peer musicians alike with her exceptional charisma and stunning technical skills at the piano. Her performance East and West is adapted from her latest solo album of the same name, which was nominated for an ICMA Award and the prestigious German Record Critics’ Award:

East and West embodies Danae Dörken’s feeling that our diversity is what ultimately brings us together and gives us enormous strength. All of the works in this program share the commonality of being heavily influenced by folk music traditions of different countries around the world. The folkloristic character of these compositions highlights the individual elements of each culture that render the pieces unique and underscore the necessity for them to be loved and remembered forever.

ABOUT THIS AUGMENTED REALITY CONCERT EXPERIENCE: Strings Music Festival has been working with musicians and an all-new technology platform to create augmented reality concerts you can enjoy at home. Each event will feature high-quality audio, premieres of innovative new music programs, and artist interviews by beloved Strings concert commentator Jamey Lamar. But perhaps most exciting is the opportunity to experience these concerts inside a virtual version of Strings Pavilion!

For a preview of the technology, watch this 50-second video: https://youtu.be/fFZdIuzAKgY