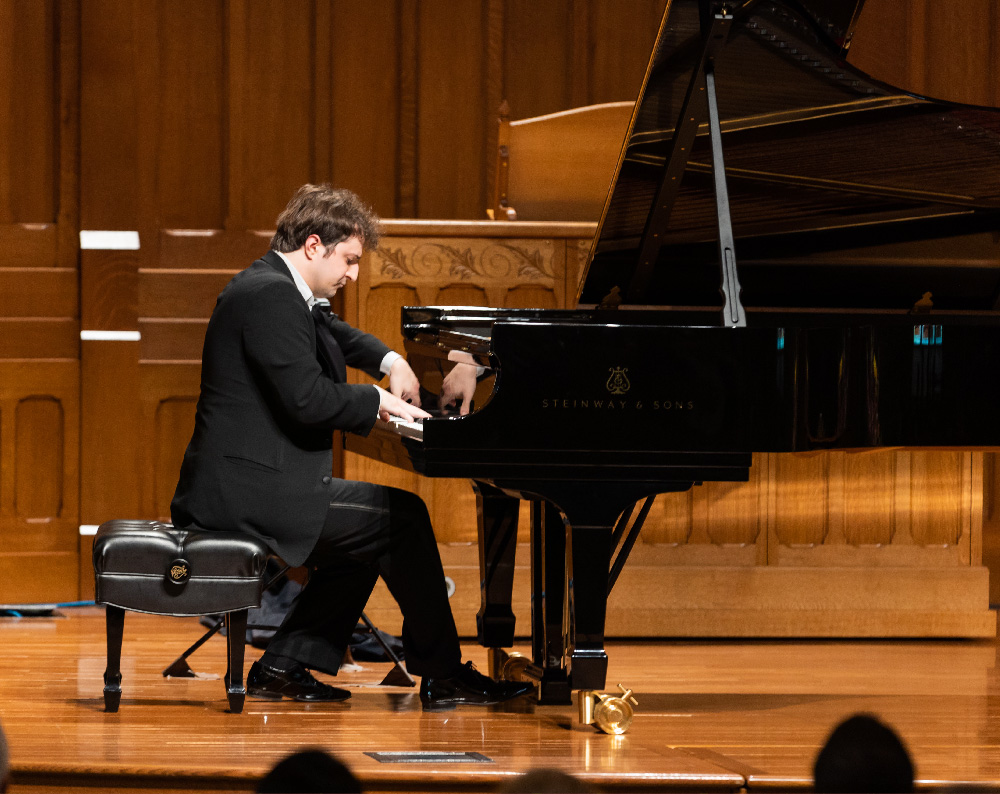 One of the most decorated pianists of his generation, he is lauded for his inventive, intelligent, and intense performances. .fusion-body .fusion-button.button-1{border-radius:0px 0px 0px 0px;}

One of the most decorated pianists of his generation, he is lauded for his inventive, intelligent, and intense performances.

Performing on stages and in concert halls across Europe, Asia, Australia, and North America, Kenny has worked with some of the world’s most respected conductors, including Ludovic Morlot, Kent Nagano, Leonard Slatkin, Vasily Petrenko, Nicholas Milton, John Storgårds, Carlos Miguel Prieto, and Stilian Kirov. He has collaborated with the Royal Philharmonic and the Minnesota, Indianapolis, Kansas City, Sydney, Seattle, and Fort Worth Symphonies, among others. He has been featured on WQXR, Performance Today, Minnesota Public Radio, and ABC (Australia) radio, and presented his original composition “Barcarolle” on NPR in March 2021.

Kenny Broberg appears as winner of the 2021 American Pianists Awards.

Join us ahead of the concert for a chicken San Marco and shrimp scampi dinner on Strings Patio, the menu perfectly paired with the evening’s music. Tickets sold separately.